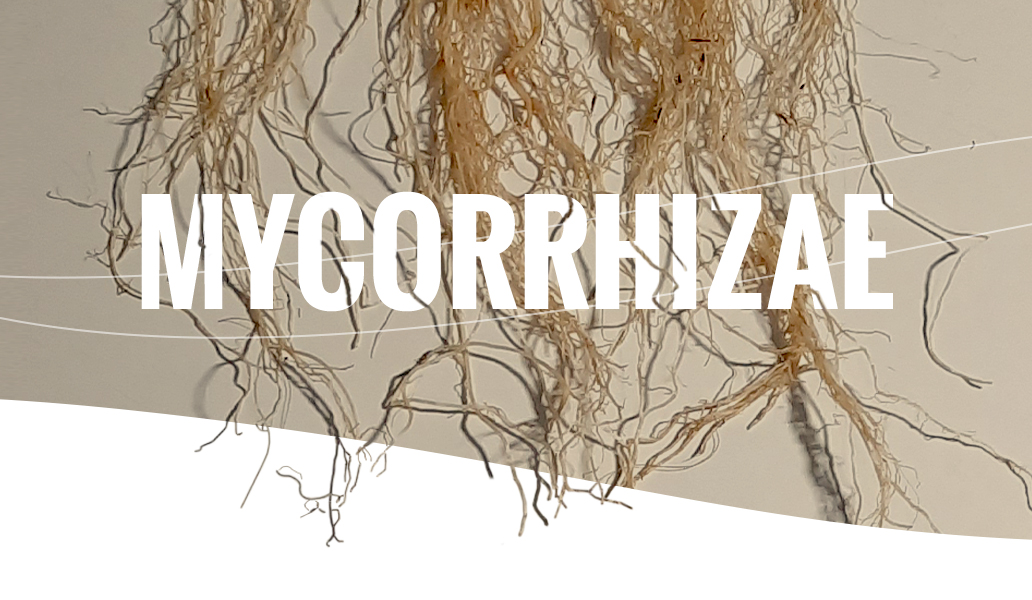 These are soil fungi that associate symbiotically with roots for nutrient exchange, resulting in increased root development of the host plant.

The production and application of mycorrhizal fungi requires special techniques for their monitoring and quality control.

In order to determine the success of mycorrhizal colonisation, it is necessary to reveal their presence and quantity.

We mainly focus on two types of mycorrhizae:
ENDO and ECTOMYCORRHIZAE.

Endomycorrhizae: the fungus is distributed among the root cells.

The fungus is predominantly distributed among the cortical cells of the roots and is not visible to the naked eye. Most of the plants of commercial interest on the planet have this type of symbiosis: vegetables, cereals, citrus, etc. In this case, it must be colored following specific microbiological processes.

They are similar to the previous ones, only that they form true “flocks” by the coiling of the hyphae in the root cells. They are typical of crops such as blueberries, strawberry trees, azaleas or rhododendrons.

QUANTIFICATION OF SPORES AND INTRA-RADICAL VESICLES OF MYCORRHIZAL FUNGI IN BIOSTIMULANTS.

Mycorrhizal colonisation is not visible to the naked eye on a mycorrhizal root. Root digestion and decolourisation processes are required to detect them. They must then be stained in order to highlight the fungal structures within the roots.

The procedure is completed with observation under an optical microscope and identification of the fungus. It is possible to distinguish the presence of arbuscules (A), vesicles (V) and runner hyphae (H) in the colonized root.

We have adapted techniques for the quantification of mycorrhizae in roots that allow us to accurately and reliably determine the amount of fungus/root length observed. The results may be expressed as a Mycorrhization Rate (%).

The Frequency (%) and Intensity (%) with which the fungus appears on the roots can also be calculated by taking into account the presence of the structures and establishing the degree of colonization during observation (Trouvelot). 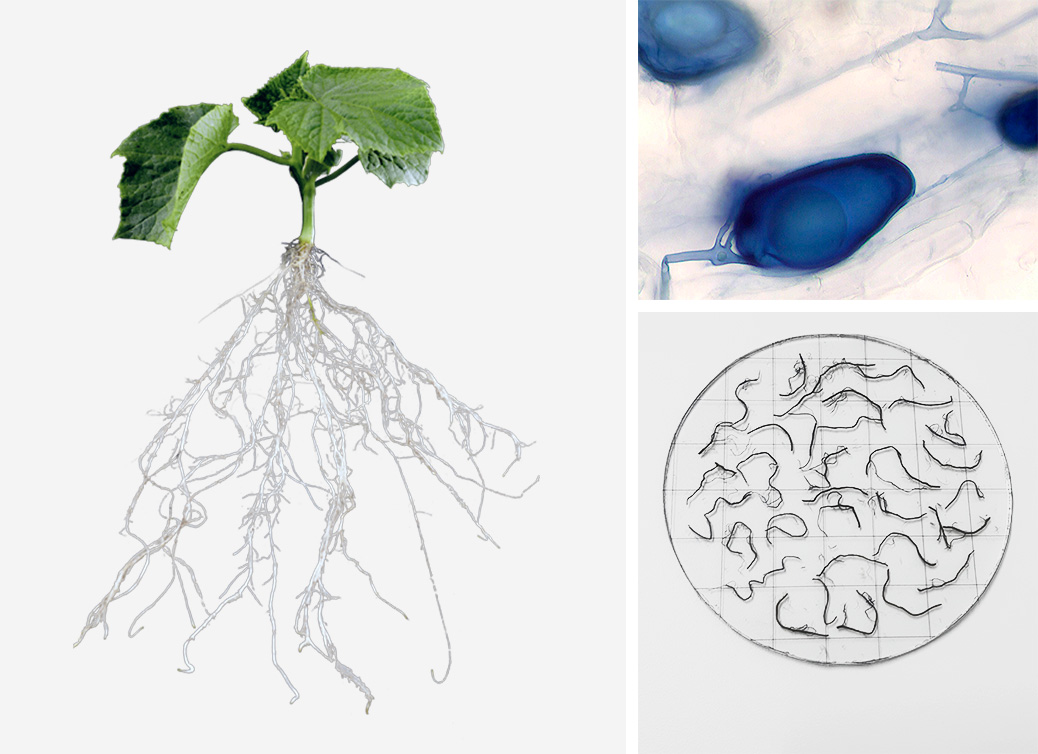 QUANTIFICATION OF SPORES AND INTRA-RADICAL VESICLES OF MYCORRHIZAL FUNGI IN BIOSTIMULANTS.

For the spore count, the different supports in which the inoculants are formulated must be taken into account. They can be in powder form, in larger particles, in gels, etc.

The determining parameters are:

Isolated spores are incubated with MTT [3-(3,4-Dimethylthiazol-2-il)-2,5-diphenyltetrazolium]; a colour change in the spores is observed when they are viable and they are quantified; 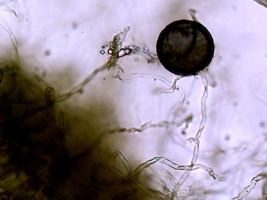 After isolating the spores, the pieces of root with intraradical vesicles are counted;as very efficient colonizing units,they contribute to the quality of the biostimulant and their frequency is calculated;

THE FINAL RESULT IS EXPRESSED AS UNIT POTENTIAL MYCORRHIZAL  per gram of Biostimulant: UPM/g

Determination of the number of viable structures effectively colonizing

The measurable spores are not always 100% viable, even though due to their role as multiplication and resistance structures of mycorrhizal fungi they can survive for long periods of time. Other structures such as mycorrhizal root pieces, hyphae and extramatrical mycelium have the capacity to initiate mycorrhizal colonisation. Accordingly, a specific technique universally known as the “most probable number” (MPN) method has been developed to quantify and unequivocally define the true colonising potential of an inoculant.

The MPN method involves making a series of dilutions of the sample to be analysed and using a number of replicates per dilution. A mycorrhizal “trap” plant is planted in alveolar trays and a known quantity of each dilution is placed in each alveolus. It is incubated in climate-controlled plant growth chambers with regulated light, temperature and humidity. After 60 days, the roots of the plants are extracted and stained and a series of calculations are applied to arrive at the result: No. of viable effectively colonising structures per g or cc of inoculant.

Ectomycorrhizae: the fungus lodges on the exterior of the root.

The procedure is simpler than for endomycorrhizae because ectomycorrhizae are visible even to the naked eye. 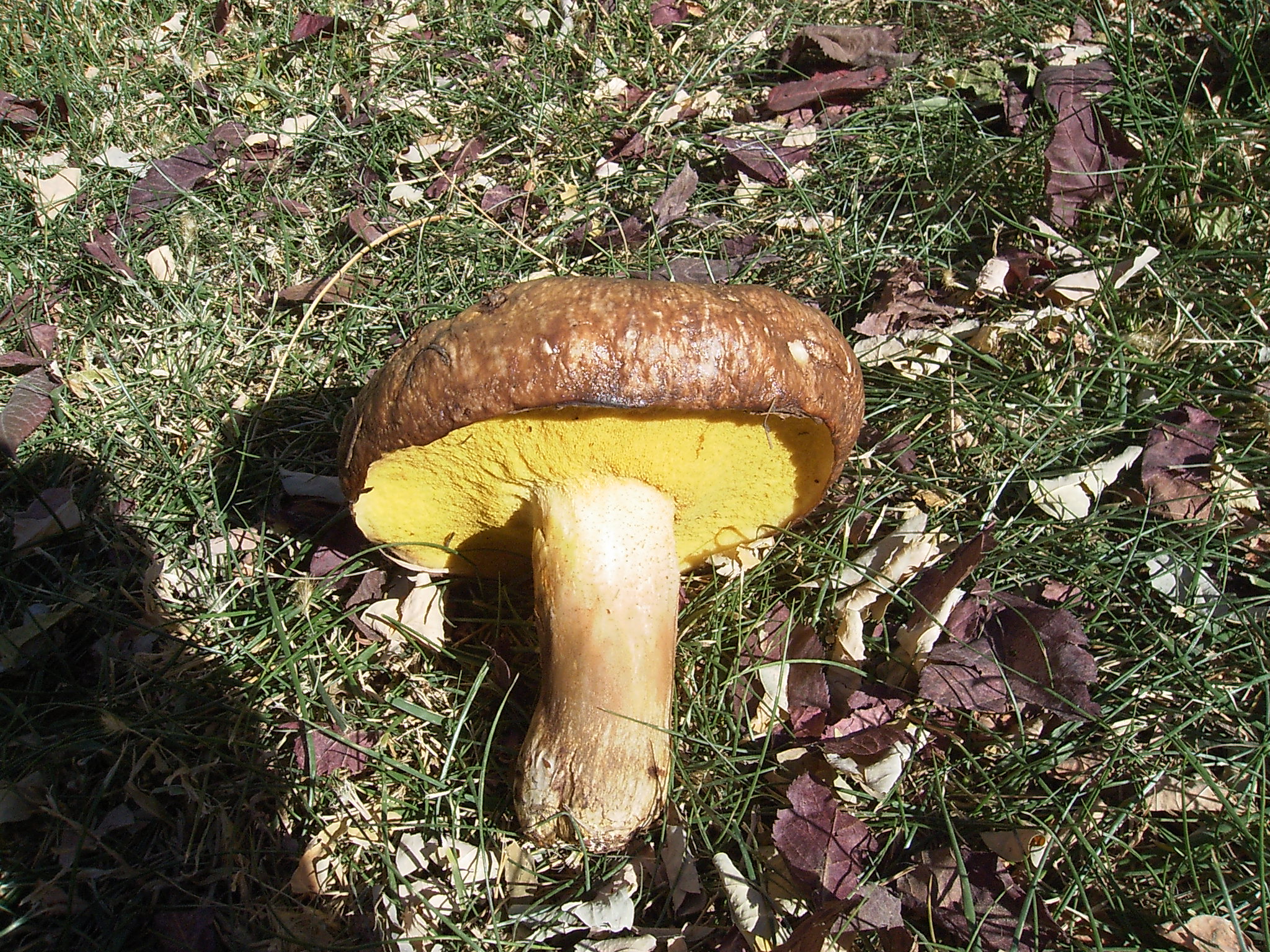 The roots of the plants are carefully washed, cut into pieces and mixed homogeneously but randomly until they cover a grid plate specifically designed for this purpose, the same one used for endomycorrhizal quantification (Schenck, N.C.1982). A modification of the grid-line intersect method (Giovanetti & Mosse, 1980) is used to perform quantification. The length of hyphae with mycorrhizal apices is calculated in relation to the total number of apices, which is then used to determine the percentage of mycorrhizal roots.

QUANTIFICATION OF ECTOMYCORRHIZAL FUNGI IN BIOESTIMULANTS

This is carried out in a similar manner to the isolation and counting method described for endomycorrhizae. 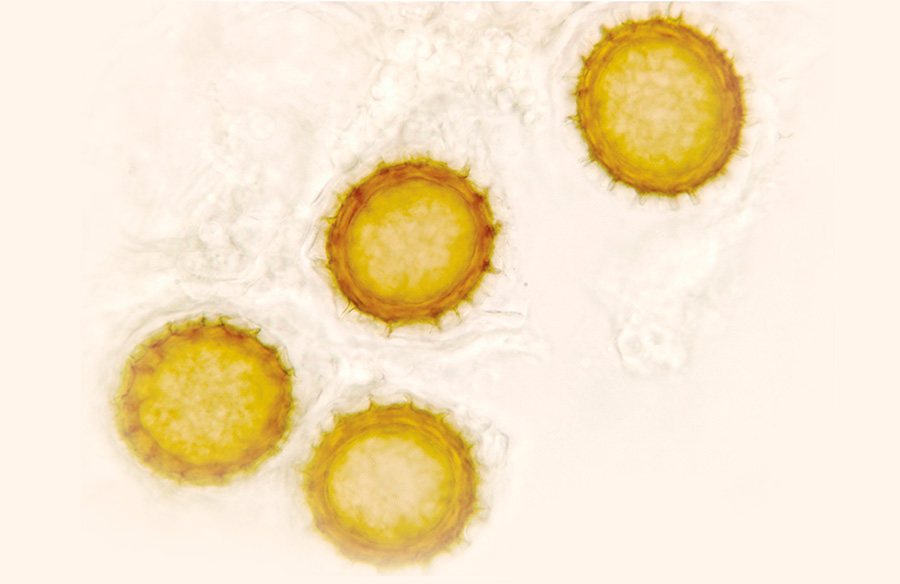